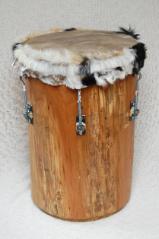 The Kbandu is a large and low pitched drum that is usually played in a 4/4 rhythm with an accent on the first and third beats. There are many more drums used for Jamaican music such as the Playin Kyas which is a A more complicated drum is the Playin Kyas which is smaller and has a higher pitch. This is usually used as the lead drum and the rhythms played are usually syncopated and are complicated thereby requiring enough knowledge from the player.
Some other typical instruments of Jamaica are the flute and trumpet.
The Coromantee flute was introduced by the Arawaks, the indigenous people in Jamaica. This particular name was derived from the fierce African tribe called Coromantee.An animal horn was previously used as a trumpet but it is not used as much these days. Moreover, the boompipe is a stamping tube that is a typical instrument of Jamaican music.
String instruments are also prominent in Jamaican music. 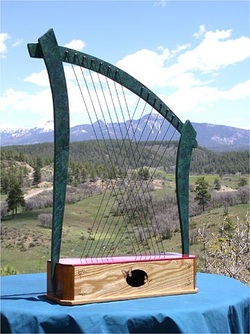 The Aeolian harp is made of a wooden box with a sounding board and is usually
played where there is wind. Guitars are also typical instruments of Jamaican
music and some of the most commonly used are the fiddles, bangils, banjos and
banjars.
Powered by